Based in Cornwall we specialise in conservation, restoration and applying traditional techniques to new builds. We have managed sites from ruin to homes, working to an extremely high standard and quality, working closely with building control and conservation officers
Portfolio

This is a lovely old Farm house that had unfortunately had been badly cement pointed.The client wanted to bring it back to its former glory. On the front of the house the original masons that built it had used a real mix of stone,With a wonderful mix of colours . Red ,orange and silver granite, blue elvin, rose quartz, Delabole slate are to mention a few. We had a bit of a mission hacking it out, as it had mainly been pointed in (farmyard ) 2:1 mix . This had damaged the stone quite badly and the property  was literately being killed by kindness. It had traces of old lime point , cement wash ,paint and bitumen paint . But once we hacked out redressed the stone where necessary we uncovered a little gem. 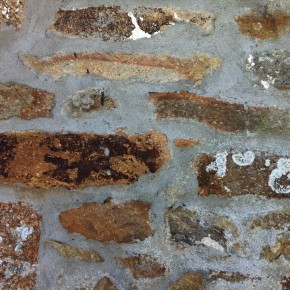 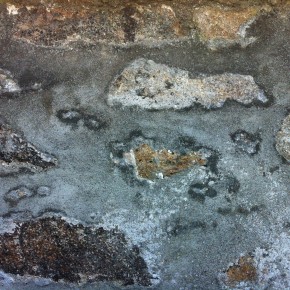 As you can see the stone was lagged in cement when we arrived. It was ugly ,leaking and causing damage to the structure of the stone. 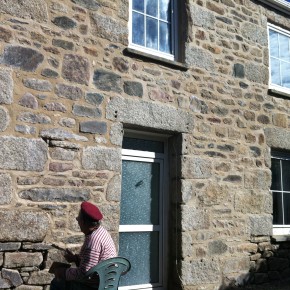 Almost there. Time for a cuppa 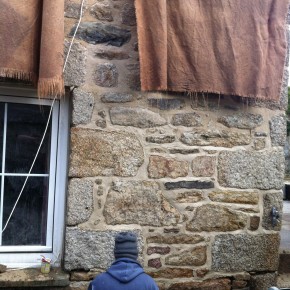 Pointing in the front elevation. See how the stone looks lovely and clean. This is after a hack out ,redress and jet wash. 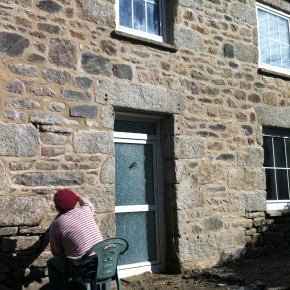 Father did a days pointing . I insisted he did this section on a chair .. 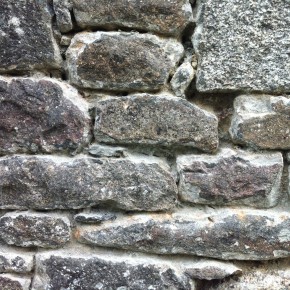 Even after the stone was hacked out it required allot of work to remove cement from the face . And a little redressing of the stone was required to ensure a long lasting job. 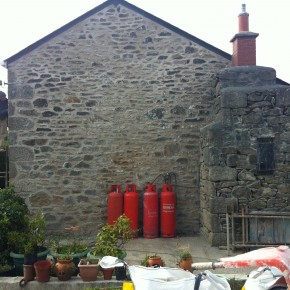 We re-pointed the gable and left the “fake “inglenook till last . It wasn’t tied into the main building, had signs of movement and was leaking like a sieve. Causing damp on the interior walls of the house 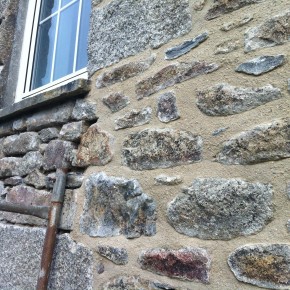 Work beaten back and ready to be covered. 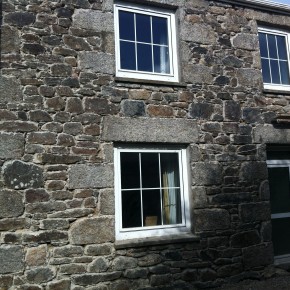 This was a mammoth hack out. The farmers who owned the house previously had used a very strong mix . Causing plenty of damage to the stone and making it a very difficult job to get it all out 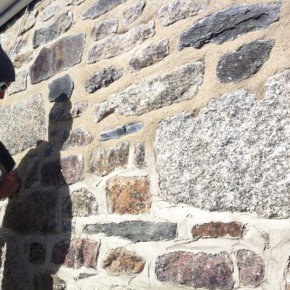 Pointing laid up the previous day being cut and beaten back. Prior to curing under damp hessian. 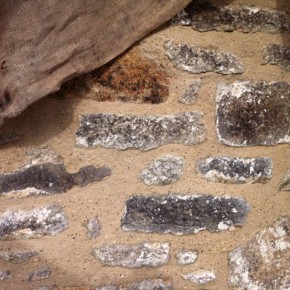 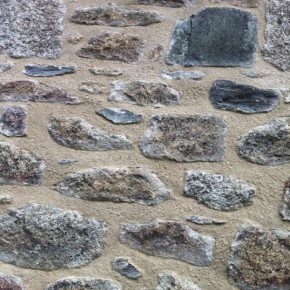 Fresh work after beating back. 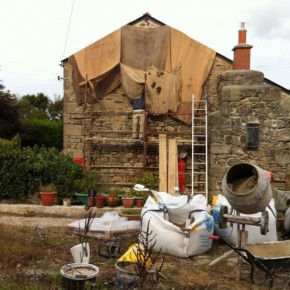 Covering the work with wet Hessian. This stops the sun and wind drying the work and rain washing it out. 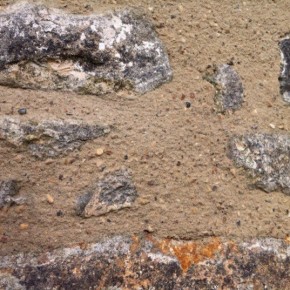 By the time we had removed the point and damaged stone ,We had to lay up a lot of lime point in some places. But fortunately the texture and colour of the mortar is very forgiving.

We had to do a fair amount of work on the chimney that had been built against the gable.  It was built in mud and wasn’t tied into the main building in any way.  We ended up putting in many ties and rebuilt the top sections, resetting the top quoins and replacing the capping in lime,  building in a  Damp proof course .